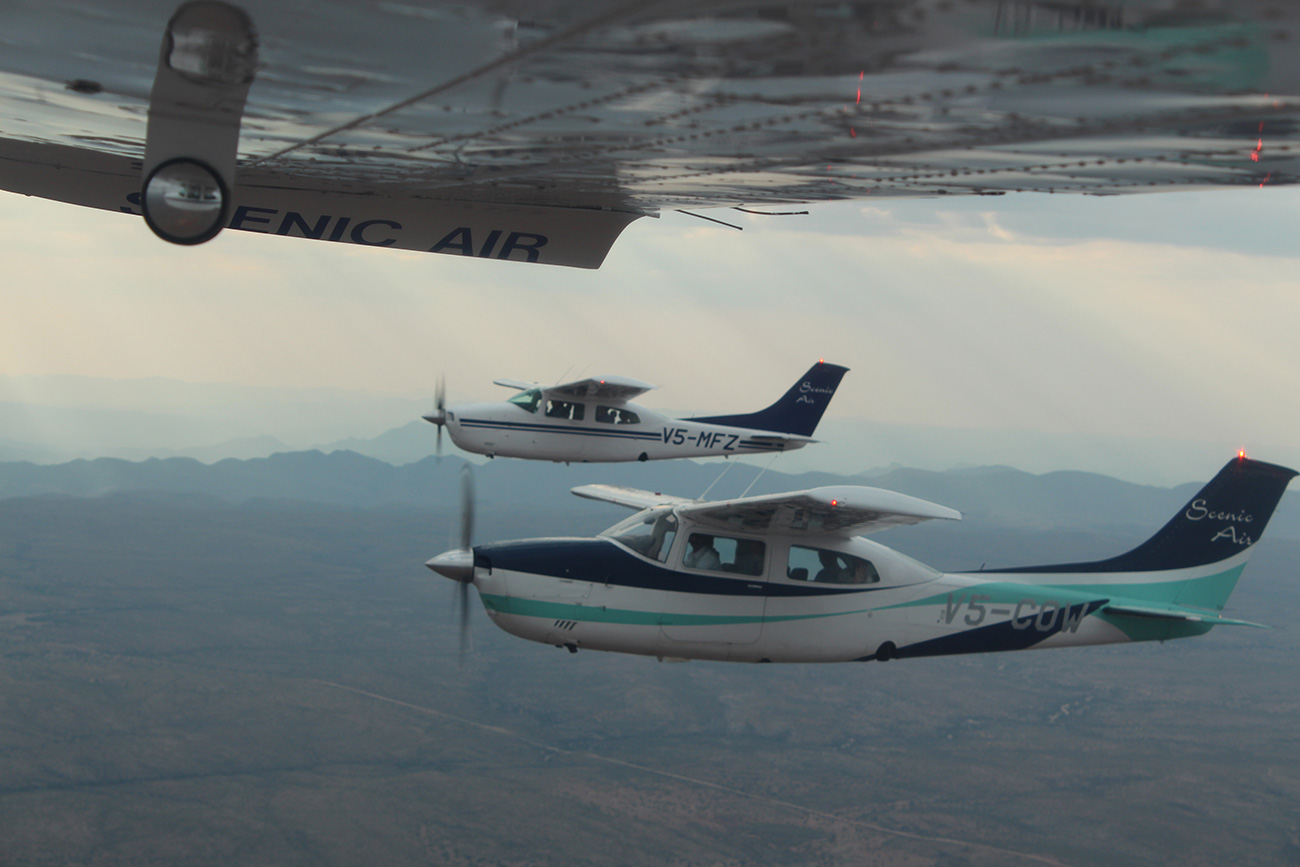 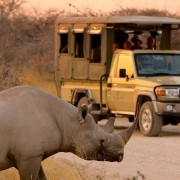 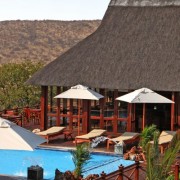 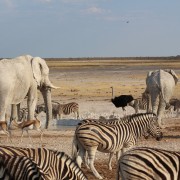 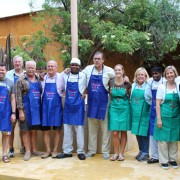 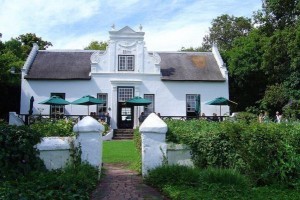 The wines of Zevenwacht are distinguished by their classic style and finely crafted elegance. Winemaker Jacques Viljoen honors century-old wine-making traditions, yet is boldly innovative, welcoming the contribution that modern technology makes to the vinification of premier wines. Covering 120 hectares of the 450-hectare property, the vineyards are ideally situated for the growing of quality grapes. Zevenwacht is characterized by good quality, varied soils and the vineyards have been selectively planted with red and white noble varietals. 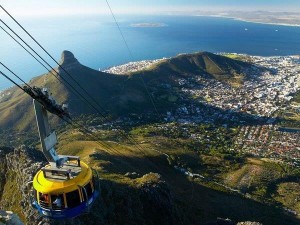 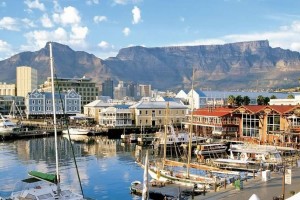 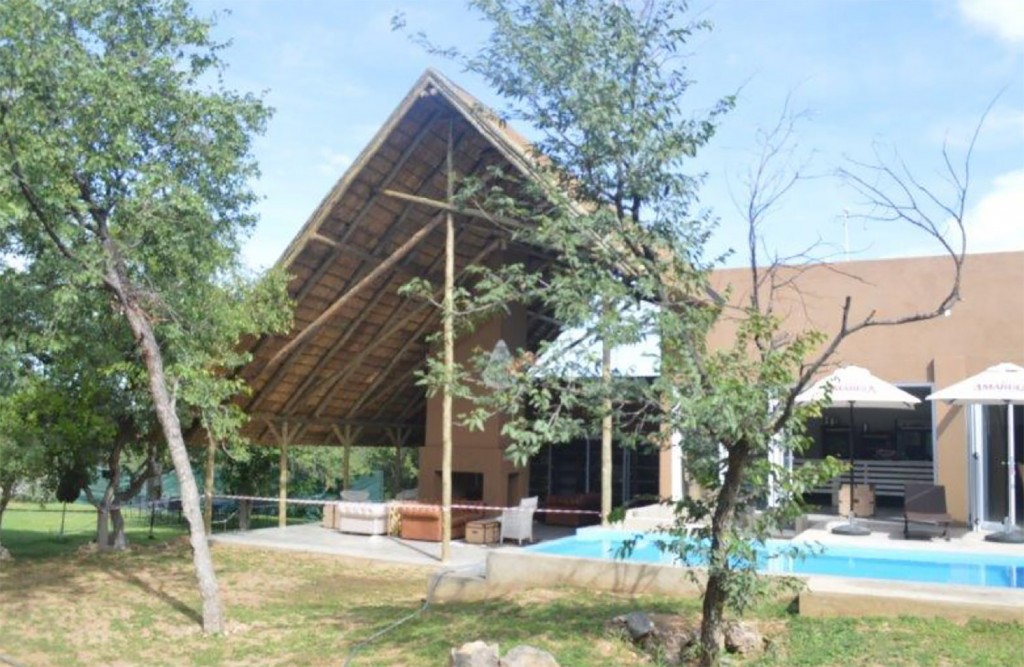 Toshari Lodge, nestled on an outcrop of dolomite rocks under a forest of Mopane and white Seringa trees, offers enchanting accommodation and gateway to Etosha National Park, one of Namibia’s major attractions.
Absorb the peace and tranquility of the natural African bush as you amble through a blend of manicured lawns and rustic bush gardens to your private room. Take a refreshing dip in our sparkling pools and enjoy the tranquility of our striking African lapa with its stunning photographs of local Etosha wildlife.

Alison and Sidney believe this to be the world’s most unspoilt game sanctuary and have for 26 years made it their favourite destination. It is here where they both lived after deciding to get married and where their daughter Hannah was born. Sidney will tell you that it is here where he feels that the human race need to take stock and come to terms with the impact the human race has on wildlife.

Etosha will remain in your heart and soul long after you have left.

Lunch is for your own account as there are several meal options and you may feel you do not want a full meal as you will enjoy Okonjima’s homemade cakes and pastries this afternoon.

West of the Waterberg Plateau, the vast plains are occasionally broken by the remnants of ancient Sandstone outcrops, which once covered large areas of northern Namibia. Nestled among the Omboroko Mountains lies Okonjima – a Herero name meaning Place of the Baboons. This is much more than just a lodge.

Established in 1993, The AfriCat Foundation started off as a sanctuary for Cheetah and Leopard rescued from irate, livestock farmers.  Today, AfriCat is dedicated to the protection and long-term conservation of all large carnivores in Namibia and has since become renowned for much-needed; “Environmental Education, Carnivore Research, Rescue, Release & Rehabilitation programmes, and Carnivore Welfare, Human Wild-life Conflict Mitigation and Community Support projects – throughout the whole of Namibia”

Sidney and Alison will share with you some of their African influenced dishes which appear in their book, ‘A Culinary Adventure with le Calabash’

We will stop by a roadside craft centre where local craftsmen peddle their craft.

Do remember you need to practice your very best haggling skills here, for the first price you are quoted is at least 150% more than they will settle for.

Sossusvlei Lodge is situated ±330km south-west of Windhoek on a 40 000-hectare private reserve amidst the Namib Desert. It is located directly adjacent to the entrance gate of the Namib Naukluft Park that is sanctuary to some of the highest dunes in the world’s oldest desert, the famous Sossusvlei and the awe inspiring Sesriem Canyon.

Sossusvlei has monumentally high dunes; their sinuous crests and warm colours changing as the day waxes and wanes. These gigantic star-shaped mountains of sand are formed by strong multi-directional winds; they are at their highest and most spectacular where the west-flowing Tsauchab River empties itself into the Vlei.

The warm tints of the sand, ranging from apricot to orange, red and maroon, contrast vividly with the dazzling white surfaces of the large deflationary clay pans at their bases. When it has rained sufficiently in the interior for the Tsauchab River to come down and fill the main pan, flamingos and other aquatic birds are drawn to the area.

At the park entrance to Sossusvlei is Sesriem Canyon, where centuries of erosion have incised a narrow gorge about 1 km in length. At the foot of the gorge, which plunges down 30 to 40 m, are pools that become replenished after good rains. Sesriem derives its name from the time when early pioneers tied six lengths of rawhide thongs together to draw water from the pools.

We leave the sand dunes of the Namib Desert behind as we make our way back towards Windhoek via the Remhoogte Pass. We make our way to GocheGanas Nature Reserve.

Gocheganas
Situated a mere 29 kilometres south east from Windhoek on a hilltop overlooking a spectacular landscape, GOCHEGANAS is a luxury lodge offering a unique combination of Wildlife, Nature and Wellness experiences.

“GOCHEGANAS” – a descriptive Damara name, meaning: “Place of Camel Thorns, abounding with Candle-Pod Acacias” is more than just a place, it is an experience….

Complimenting and enhancing the Lodge, is our Wellness Village, boasting state of the art wellness facilities, as well as heated indoor pool and cave sauna. A variety of wellness treatments and massages are offered.

Be the first to review “An African Culinary, Wildlife and Fly-in desert Adventure” Cancel reply 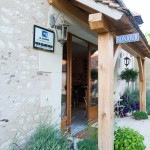 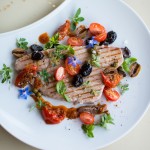