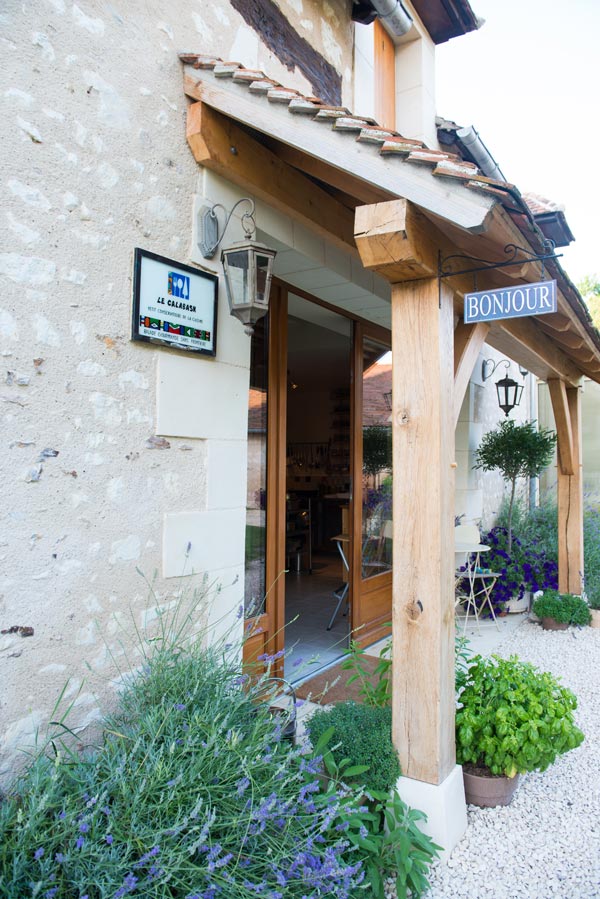 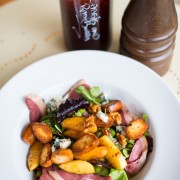 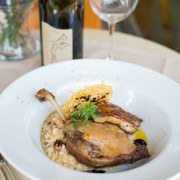 • Accommodation for six nights
• Entrance into Château Chenonceau
• Meals: daily breakfast, and meals as per itinerary, including three glasses of selected wine with meals.
• Transport for all activities in the itinerary.
• Personalised apron and recipe folder.
• Free Wi-Fi

• Transport from and to airport or station / this can be arranged
• Optional excursions or meals not listed in itinerary or any additional expenses ordered personally.
• Drinks that are personally ordered or excess wine consumed at meals
• Laundry
• Phone Calls
• Additional nights’ accommodation 195.00€ including breakfast, subject to room availability
• Spa Visit or Treatment where not included in itinerary.

• Arrival after lunch and check into and settle into your accommodation

• 19.00 A welcome champagne cocktail and the opportunity to meet and get to know your fellow, Culinary Adventurers’ followed by Alison and Sidney’s ‘Taste of the Loire Valley’ buffet in the “Old Stable” at le Calabash.

Today you will be taught, hands on some of ‘Le Calabash’s’ most popular dishes. Two of the dishes you will be taught are Gold Medal dishes and appear in the ‘le Calabash’ A Culinary Adventure, Cookery Book. These dishes are simplified and easy for you to prepare back home in your own kitchen.

• The art of butchering, cooking and working with poultry and duck
• Fricasse of Guinea Fowl with Morrels and a Touraine Sauce
• Seasonal Duck Dish
• Pommes Fondantes, Dauphinoises and Seasonal Vegetable dish.

Lunch. We enjoy a dish we prepared this morning with Alison and Sidney’s favourite French artisanal cheese and our freshly baked bread.

Our journey into the pastry kitchen begins.

• This afternoon, Alison shares her take on a Trio of Gourmet Brûlées.

• This is not the normal Brûlee class, but rather a hands on class on how to create stunning desserts using Brûlee as the main focus on your plate.

19.30 Tonight we enjoy a dinner demonstration by both Alison and Sidney.

09.30 We Depart for Chateau Chenonceau where you have the morning to explore Chenonceau at your leisure

Property of the Crown, then royal residence, Chenonceau Castle is an exceptional site not only because of its original design, the richness of its collections, its furniture and its decorations, but also because of its destiny, was loved, administrated and protected by women, who were all extraordinary and who, for the most part have marked history.
For the historical background, the “Château des Dames” was built in 1513 by Katherine Briçonnet, and successively embellished by Diane de Poitiers then Catherine de Medici. Chenonceau was protected from the hardship of the revolution by Madame Dupin.

12.30 We have lunch in the charming Orangerie restaurant set in the gardens of Château Chenonceau

We head back to le Calabash after lunch where you will participate in a hands-on cooking class of ice-cream and Alison’s Mousse au Chocolat.

19.00 We enjoy a seasonal dish for dinner tonight

We depart for the historical city of Tours and its fine food market.

We visit Tours best bakery to choose our breakfast pastries which we will enjoy in a little market coffee shop. This morning we explore both the indoor ‘Les Halles Food Market’ and the twice weekly outdoor market. We visit the old town which clusters around place Plumereau; its old houses restored to their former glory. Today this is the place for pavement cafes and people watching in the summer but stroll the smaller, narrow streets like rue Briconnet and you step back into the historic medieval city. To the south you’ll find a Romanesque basilica, the Cloitre de St-Martin and the new Basilique de St-Martin. You’re in the place which was once on the great pilgrimage route to Santiago de Compostela. St-Martin was a soldier who became bishop of Tours in the 4th century and helped spread Christianity through France. His remains, rediscovered in 1860, are now in the crypt of the new Basilique.
The other old part, the cathedral quarter, on the other side of the main Rue Nationale, is dominated by the Cathédrale St-Gatien, a flamboyant Gothic building with 12th-century decorated stonework covering the outside. Inside the highlights are the 16th-century tomb of Charles VIII and Anne de Bretagne’s two children, and the stained glass.

14.00 Alison will share with you her passion for creating and preparing one of the world’s most sought after classics, the Macaron, on which she has put her own stamp.

• Exotic Chocolate Macaron
• Seasonal Macaron Creation
• Taking the Macaron on a Contemporary journey into the future.

19.30 Tonight you dine with the Bond’s friend at a Michelin Starred Restaurant.

This morning at 4am, our fish delivery arrived off the boats that came in late last night at the Atlantic port of La Rochelle a two-hour drive from le Calabash.
You will be taught the best catch for each season and how to identify your fish and how to ensure it is fresh. The day will include techniques of preparing your fish.
Fish will include hands on tuition of;

• Sidney’s “Smoke, Fire and Spice” Fruits of the Sea creation
• Preparing and working with Mussels, fresh from our Atlantic coast.
• We prepare a seasonal Fish course using our Fresh Ocean catch of The Day.

Lunch. For lunch we enjoy our dishes we prepared this morning.

You can relax or explore the area this afternoon, cycle, walk along the river, play boules in the village square, or why not spoil yourself to a relaxing massage, or spa treatment at La Roche Posay’s renowned spa. You could also visit the picturesque town Angles sur Anglin or go to le Grand Pressigny.

19.00 We return to Le Calabash for a tasting of Loire Valley wines and French chocolates
Chocolate is the confectionery match to wine. Perhaps this is because the process of making chocolate is very similar to wine. Both cocoa beans and wine are fermented with the very same type of yeast. No wonder there are so many wine and chocolate lovers!

• After Breakfast we visit our local Goats Cheese farm and producer where we taste and experience what is known as the best goat’s cheese in the world, St Maures AOC.
When we return from the goat’s cheese farm, we are exposed to the art of Soufflé and preparing a few of Sidney’s favourites using Goats cheese.
• Cheese Soufflé
• Soufflé Grand Marnier
• Sidney’s hands of French Bread Making

Lunch in the Orchard

• This afternoon, Alison’s shares her dessert of the moment, during a hands on cooking class.
Using local and fresh ingredients, Alison will guide you through preparing a dessert to impress Even the most discerning guest.

• You will also assist Sidney in preparing for tonight’s Zulu BBQ and learn to prepare some of the most exotic dishes from the African continent.

Will include recipes from Sidney’s childhood which he will share with you.

Traditional French Breakfast
Departure by 11am

Be the first to review “A French Culinary Adventure” Cancel reply 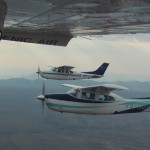