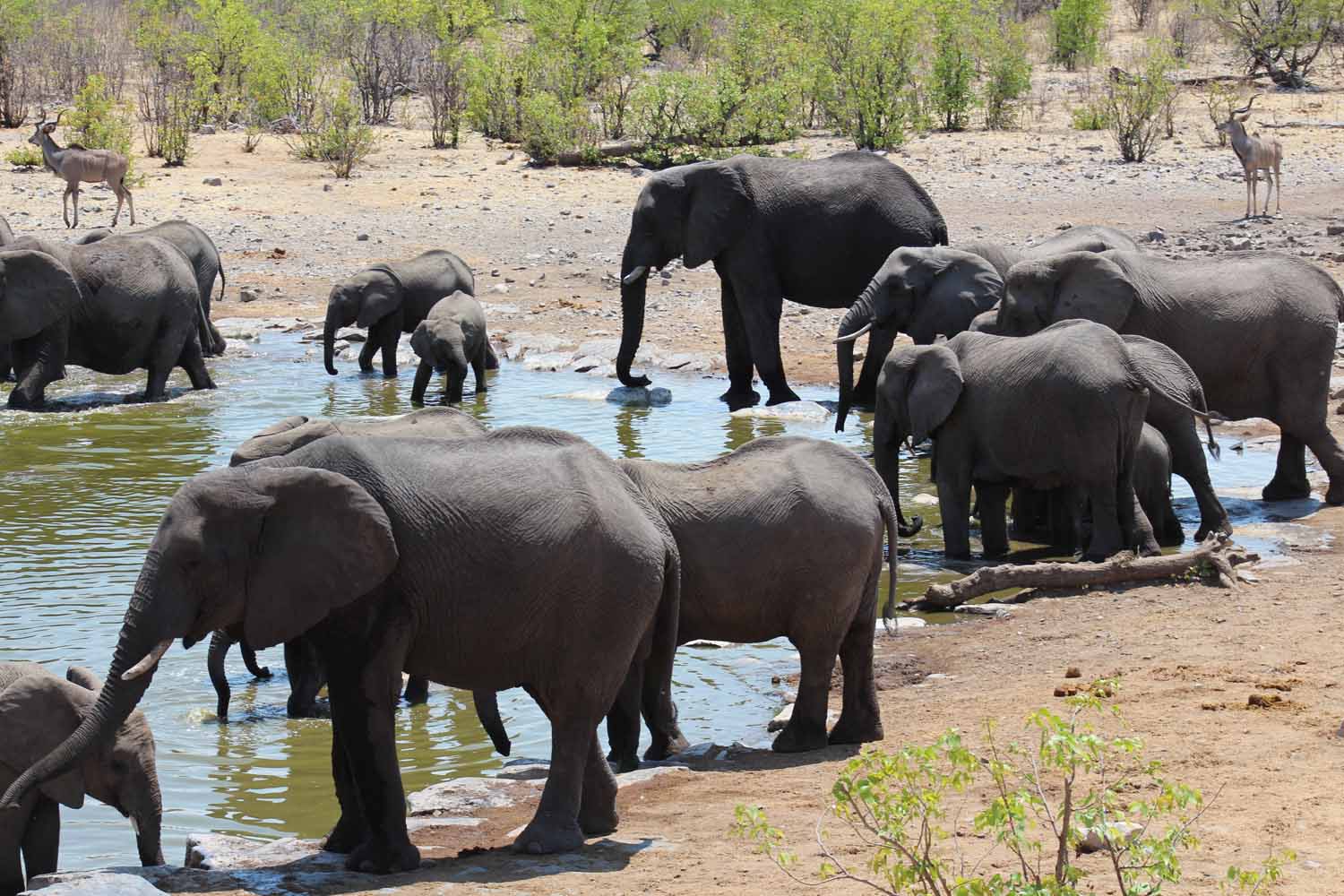 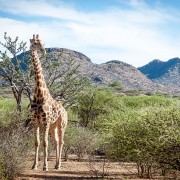 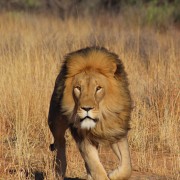 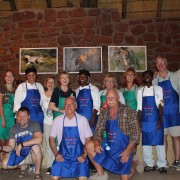 An African Culinary and Wildlife Adventure with le Calabash’

Both Alison and Sidney played a major role during the infancy days of Zevenwacht.

The wines of Zevenwacht are distinguished by their classic style and finely crafted elegance. The Winemaker, Hagan honors century-old wine-making traditions, yet is boldly innovative, welcoming the contribution that modern technology makes to the vinification of premier wines. Covering 120 hectares of the 450-hectare property, the vineyards are ideally situated for the growing of quality grapes. Zevenwacht is characterized by good quality, varied soils and the vineyards have been selectively planted with red and white noble varietals

Sidney believes that South Africa is unrivalled when it comes to comfort food and he will tell you that nothing reflects the rich historical background and diverse origins of this nation better than its cuisine.

As the afternoon is yours to shop, you may wish to take the advantage of this time and take a boat trip to Robben Island which needs no introduction with regards to the significance of its place in South Africa and indeed the world’s history. As ‘Home’ to one of the world’s most famous prisoners, statesmen and leaders in Nelson Mandela, Robben Island is quite possibly the most well-known prison on the planet. Should you wish to take this trip, it will be for your own account and can be booked online www.robben-island.org.za and we advise you take the 15.00 hrs boat.

Cape Town Afrikaans: Kaaps; Xhosa: iKapa is the second-most populous city in South Africa, after Johannesburg, and the provincial capital and primate city of the Western Cape. As the seat of the National Parliament, it is also the legislative capital of the country. It forms part of the City of Cape Town metropolitan municipality. The city is famous for its harbor, for its natural setting in the Cape floral kingdom, as well as for such well-known landmarks as Table Mountain and Cape Point.

Located on the shore of Table Bay, Cape Town was first developed by the Jan van Riebeeck’s arrival on 6 April 1652 established the first permanent European settlement in South Africa. Cape Town quickly outgrew its original purpose as the first European outpost at the Castle of Good Hope, becoming the economic and cultural hub of the Cape Colony. Until the Witwatersrand Gold Rush and the development of Johannesburg, Cape Town was the largest city in South Africa. Today it is one of the most multicultural cities in the world, reflecting its role as a major destination for immigrants and expatriates to South Africa. In 2011 the metropolitan region had an estimated population of 3.74 million. The city was named the World Design Capital for 2014 by the International Council of Societies of Industrial Design. In 2014 Cape Town was named the best place in the world to visit by The New York Times.

Dinner will be a special last night dinner around the fire whilst watching the sun go down over Table Mountain.

The Am Weinberg Estate’s Boutique Hotel provides all of the exclusivity and privacy you might expect from this prestigious Estate – making it the perfect overnight retreat. The elegant hotel wraps around a heritage building, creating an inviting courtyard. This design complements its historic character, while modern amenities ensure the utmost comfort and spectacular views.

Etosha Safari Lodge offers enchanting accommodation and gateway to Etosha National Park, one of Namibia’s major attractions. With its lavish view, spacious deck- and dining-area and airy rooms with private verandas. It’s the place to open doors to the mystery and magic of Etosha, ‘Place of Legends’.

Sip on a drink while watching the ruby sun dip into the Mopane woodland. Dine under a dome of stars on the outside veranda, sit next to a blazing fire or watch the sun sink gracefully into the landscape from the sunset deck. The day couldn’t be better. As the stars begin their celestial show, soft beds and animal dreams begin to call – and the anticipation of a good tomorrow. Etosha, the heart of the country, is beckoning with the immense beauty of the natural world.

ETOSHA NATIONAL PARK
Alison and Sidney believe this to be the world’s most unspoilt game sanctuary and have for 26 years made it their favourite destination. It is here where they both lived after deciding to get married and where their daughter Hannah was born. Sidney will tell you that it is here where he feels that the human race need to take stock and come to terms with the impact the human race has on wildlife.
Etosha will remain in your heart and soul long after you have left.

Erindi meaning “place of water” is a sustainable natural wonderland with a prolific amount of endemic species including crocodiles, hippos, elephants and a variety of bird life. It is an idyllic retreat boasting a rich cultural heritage, knowledgeable guides and unmatched hospitality ensuring visitors have a safari that lives in their memory for a lifetime.

Erindi’s Global Leopard Project is a registered foundation dedicated to the conservation of leopards through research and communication. Begin the afternoon with a photo and audio presentation explaining the amazing project and the Erindi leopards. Then we head out to try and locate one of these magnificent creatures, you can join in the incredible conservation work we’re undertaking.

Certificate Presentation and sundowner drinks on the terrace followed by our final dinner in this beautiful land.

Today marks the end of our journey in Namibia as we head to the airport to catch our late afternoon flights back to Cape Town or Johannesburg. 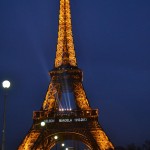 A Christmas Season in FranceCooking Courses 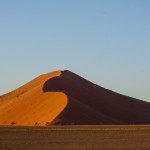